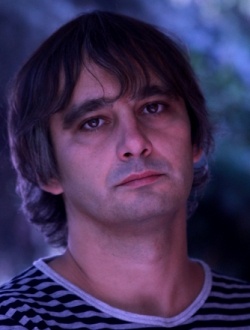 Radoslav Parushev was born in Sofia in 1975, graduated in law from Sofia University in 2000 and practises intellectual property, telecommunications and new technology law. He founded his own law firm, Ovcharov & Parushev, in 2008 and is consultant to the Council on Copyright, a Ministry of Culture advisory body.

The notorious magazine Egoist dubbed him ‘the best writer of his generation’ before he’d even published a book, thanks to his numerous stories published in various media, in 2003. Along with Toma Markov, Stefan Ivanov and Momchil Nikolov, Parushev founded the informal literary group ‘fastlit’ (burzaliteratura) in 2004. As part of ‘fastlit’, he has taken part in several literary tours, including public readings and literary performances in Plovdiv, Pazardzhik, Blagoevgrad, Ruse and Sozopol, at its Apollonia Art Festival in 2005, and dozens of literary readings in Sofia.

Bulgaria’s Association of Writers, an organization protecting the interests of young Bulgarian authors, elected Parushev to be its first Chairman of the Board at its inaugural meeting in 2010.

Parushev won the Rashko Sugarev Prize for best short story in 2003 and has been nominated for the Helicon Prize four times, twice for the Ministry of Culture’s Hristo G. Danov Award, and shortlisted twice for novel of the year. 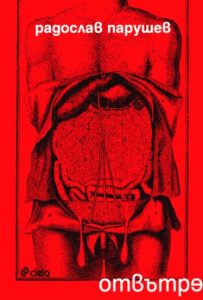