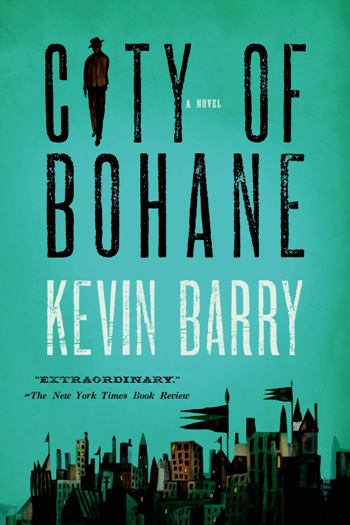 The novel City of Bohane takes place in 2053, in the West of Ireland. Its protagonists converse in a mix of regional dialect and invented speech. Somehow Barry manages to combine the impossible: an immensely readable text and an immensely serious linguistic experiment, whose prose is propelled by lively dialogue, disarming black humour, and poetic descriptions of the Irish countryside. Meanwhile, the city of Bohane itself is imbued with a bitterly appealing, sombre charge worthy of Nick Cave himself.

Bohane is the beating heart of creation, surrounded by Big Nothin’ and sand dunes inhabited by the malevolent sand-pikeys. The river Bohane, which runs through the centre of the city, seeps with rotting contagion, inhaled by the denizens of Bohane as they go about their daily lives – drinking, whoring, shooting up, fighting, obsessing over fashion and music. There are no cars in the ecologically devastated Bohane, no mobile phones, no computers; people either walk or ride the El train, listen to the radio, write love letters.

Conflict arises when one of the local mafia families stabs the member of another, accompanied by the return of the Gant Broderick, the former head of the Back Trace Fancy, who is plagued by romantic nostalgia for the wife of Logan Hartnett, the Back Trace Fancy’s current leader. Bohane finds itself in the midst of a blood feud and a romantic drama while facing certain civilisational collapse. Yet nothing is as it seems. When, in the end, the old gives way to the new, appearances prove to be deceptive.

This futuristic-apocalyptic Western thriller, in which one can trace the influences of cinema, cult American TV series, comics, and pop culture, as well as the musical stylings of calypso, ska, and skunk, sketches a world beneath the shining surface of global metropoles, but also has much to say about the bonds of fate that accompany the individual from the cradle to the grave. Things couldn’t be bleaker, yet the novel’s black humour, razor-sharp language, and cinematic scenes build into a crescendo – taut and entertaining to the final page.

Kevin Barry is a great storyteller, and the twists and turns of City of Bohane are satisfying, if, in places, familiar (all gangland narratives seem compelled to have the same dreary combination of over-sentimentality and violence). 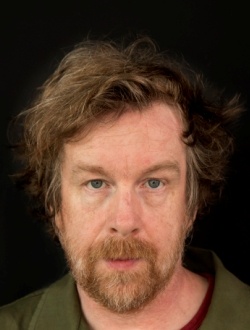 He has received many prominent awards for his work, including the Goldsmiths Prize (2015), the international IMPACT Dublin Award (2013), the European Prize for Literature (2012), the Authors' Club First Novel Award (2011), the Rooney Prize for Irish Literature (2007), and The Sunday Times Short Story Award (2012). His novel Night Boat to Tangier was longlisted for the Man Booker Prize in 2019.