A book of poetry that draws on all the worldly branches of knowledge, that, barring its ethos, refuses to limit its creative freedom, and takes wit as its central conceptual frame.

Every syllable of Osojnik’s work establishes distance, a moving away from being walled in by Slovenia’s postulated and anachronistic reality, a reality based on indiscretion and the triumph of ignorance, the two characteristics of non-functional systems. Consequently, Osojnik’s poetry, which freely gathers fruit from all the world’s trees of knowledge and not restricted by anything but ethos, uses wit as its cognitive tool and gains two kinds of advantage: standing outside of aggression, it is uncatchable and not concerned with creativity’s dominating and concentration-camp murderous logic. Pursuant to Osojnik’s language standing outside the aforementioned paradigm and its erosion, the place from which the poet is speaking cannot be entirely erased.

once the engine is started and the machine warmed up, the mass murderer is its slave
the machine is driving and killing, destroying streets and roads and infrastructure
this machine is historical
we, history scholars, know the machine and its way of functioning
its functioning gives us the creeps 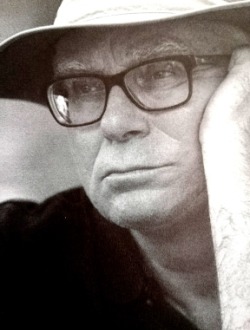 Iztok Osojnik, born 1951 in Ljubljana, is a poet, writer of fiction, essayist, literary scientist, philosopher, anthropologist, mountain climber, painter, world traveller and literary translator, who graduated in Comparative Literature at the University of Ljubljana in 1977, finished postgraduate studies at Osaka Gaidai University in 1982 and earned his PhD in historical anthropology at the University of Koper in 2011.

He is a former art director of Vilenica’s International Literary Festival and has initiated a series of artistic movements: collaborating with Iztok Saksida and Jure Detela, he founded the anarchist under-realist movement and wrote The Sous-realist Manifesto (Podrealistični manifest); and established many important artistic institutions and festivals. He is also a founding member of the artistic musical-literary group IGNOR.

He has published over 30 poetry collections, most recently Kosovel and Seven Dwarfs (2015), Hamlet (2016), L for Brooklyn (2018), Udovic (2019), Marathon of Vapidity and Nonsense (2020), the novels The Ten of Hearts (1992), Melinda Podgorny (1998), The Story of Dušan Pirjevec and Me (1999), Dark Matter (2005), Pigs Flying into the Sky (2012) and New York Trilogy (2019), three volumes of essays on literature, anthropology and philosophy, The Smile of Mona Lisa (2005), Homo Politicus (2006) and Symposia (2015), and the scientific monograph Twilight of Sovereignty (2013). He regularly publishes papers on literary science, philosophy and political theory in Slovenian and international scientific journals and collections.

He has published five volumes of poetry in English: Alluminations (City Gallery of Arts of Ljubljana), And Some Things Happen for the First Time (Modry Peter, Canada 2001), Mister Today (Jacaranda Press, California 2004), New and Selected Poems (Sampark, New Delhi 2010), and Elsewhere (Pighog Press, Brighton, 2011). His poems and essays have been translated into and published in 25 languages. He has been awarded several national awards including the Župančič Prize in 1992, the Jenko Prize in 1997 and the Veronika Prize in 1998, and international literary awards, including the International Literary Award KONS in 2011, the Italian Poetry Prize of Friuli-Venezia Giulia in 2002, and the Croatian Lucić Prize in 2004).