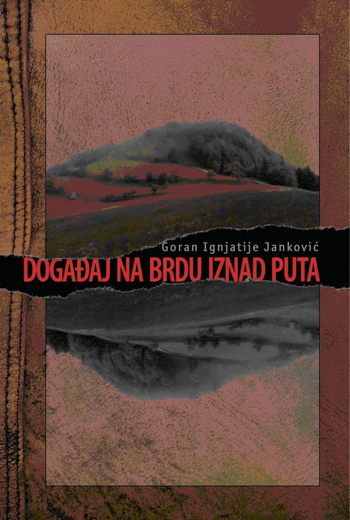 Besides the themes of friendship, love, war, the relationship between the victim and the executioner, the novel’s theme was the desire for self-realization as a normal human being.

The title, structure and denoument of the novel directly reference the short story An Occurence at Owl Creek Bridge by Ambrose Bierce. The aim was to expand the space opened by Bierce and leave an open ending. Besides the themes of friendship, love, war, the relationship between the victim and the executioner, the main theme was the desire for self-realization as a normal human being.

Filip (main character, tailor), Denis (criminal), Ivan (junkie) and Kenan (poet) are childhood friends. Their playful adolescent flirting with crime and drugs becomes their main preoccupation in life. Something constantly pulls Filip to break away from it. He kicks the heroin habit when he falls in lova with Klara, and abandons crime when they have a child, Sabina. But then war comes. When he sees on TV the organized departure of Jews, he realizes that he must also leave. His name would betray his ethnicity, so he has to obtain forged documents. He tries to get them through his friend Mirza (painter, junkie, criminal). Mirza first screws up, then fakes for him his own ID card. The plan fails at a check point. Bosnia is a small country, and it turns out that Mirza owes the check point commander two kilos of powder. An executioner leads Filip away, on a trail up the hill where killings take place. Filip manages to free himself at the last moment, and escapes. He finds his wife and child and they finally manage to get away from the war. They are helped by Denis, who brings them to Ljubljana, where he now lives. Filip recovers quickly, Klara more slowly. He gets into crime again, and gets hooked on heroin. Klara and Sabina leave him. Filip sinks deeper and deeper until he meets Svetlana, a girl from Ukraine brought in by Denis as a prostitute, on false pretenses. He finds her raped and battered, washes the blood from her body and decides to finally break away from that kind of life. Filip rejoins his wife and child. He works at menial jobs until he cleanses himself and regains strength, and then obtains a sewing machine and takes up tailoring again, for the first time after school. He gains a reputation as a good tailor that does not charge too much. Ivan and Kenan arrive in Ljubljana, looking for a cure for Kenan’s illness. There is no cure, and Ivan shortens Kenan’s agony with a golden shot. When they notify Denis, he insists they go to a bar and drink to Kenan’s memory. There they meet »the guys from the south« who are in business with Denis. These are the guys from the check point. Recognition follows, and a shoot-out. Everyone dies, except Denis and Filip, who is wounded. Denis takes him home, and Klara and Sabina nurse him. Filip falls asleep and finds himself at the end of the trail, where executions take place. The executioner raises the gun and fires into his forehead.

I learned Slovenian very fast, and switched to it even faster. However, I gradually noticed that I didn’t write much anymore, even though I used to, in spurts, all the time. That realization was a genuine nightmare – I felt like I was losing the only thing I still had, after cutting my refugee roots, namely my own tongue, the only remaining island where I could warm my frozen soul. So I deliberately decided to return completely to Serbo-Croatian, and continue thinking and writing in it.

– An artist, – exclaimed the soldier, mockingly – Well, my artist, THIS IS WAR! Now is not the time for art, – looking at the first soldier, grimacing broadly and caressing his machine gun. – We are the only artists now! WE paint with this!

Goran Janković, born 1959 in Zenica, Bosnia and Herzegovina. Studied philosophy and comparative literature at the Philosophical Faculty of the University in Sarajevo, graduating in 1983. Lived in Zenica until the start of the war in Bosnia in 1992, publishing essays and short strories in Sarajevo and Belgrade magazines, founding a family and working at various jobs (police inspector for violent and sexual offences, bookseller, house painter, copy editor in a print shop, ...). Finds refuge in Ljubljana in 1992, where he joins the cultural and artistic society KUD France Prešeren, starting and directing its publishing activity. On the basis of his work, he was granted extraordinary citizenship of the Republic of Slovenia. He has written and published four books of literature and edited one anthology (Short stories of Ex Yugoslavia 1990-2000). Goran has edited around a hundred books of literature. He publishes occasional essays, short stories, poems and haikus, and translations from Slovenian in regional magazines. Because of his views (the wars in Yugoslavia were wars of thieves and conmen; there are only two nations: one of humans, one of non-humans; our language is one, and called Serbo-Croatian, ...) he does not fit into ruling canons, and lives and works on the margins.