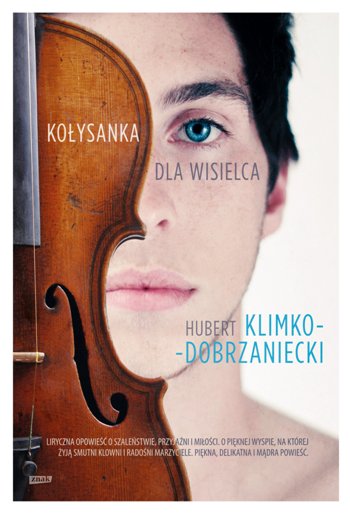 A series of poetic novellas about immigrants from the European continent, who came to Iceland in search of happiness and a better life and found anything but.

In his poetic novellas, Hubert Klimko-Dobrzaniecki depicts life in Iceland as seen primarily through the stories of immigrants from the European continent who came to the island in search of happiness and a better life and found anything but.

Hubert, the narrator of Rose’s Home, works as a carer in a Reykjavik home for the elderly. He is not only the residents’ confidant but frequently their final companion and witness to their deaths. A story about ageing and people who have been forgotten by the world, even their own children, gradually transforms into a tale of unexpected friendship between a Polish immigrant and a noble, blind old woman called Rose.

Krýsuvík is an Icelandic ballad about a simple, hardworking fisherman who builds a house so that he can start a family, until fate cruelly intervenes in his happiness and takes everything from him. Rose, his firstborn, is blind from birth. His second daughter, Karitas, is born healthy but falls into a geyser. When his wife, too, dies, the fisherman loses the will to live. This near-mythical tale most likely tells the story of Rose’s own childhood.

Lullaby for a Hanged Man is a requiem for Szymon Kuran, a Polish violinist and composer who moved to Iceland in 1984. Among other themes the novella questions the boundary between normality and madness. Szymon cycles between his home and the psychiatric hospital, and in the cracks in between, alongside his friends Hubert and the Croatian Boro, he creates his own world in an alien place, a world in which art plays a pivotal role.

Klimko-Dobrzaniecki approaches difficult, taboo topics with realism and without sentimentality, yet also sprinkles his stories with a healthy dose of humour steeped in the tradition of Hrabal. Despite the sense of distance, what emerges most strongly are the compassion and solidarity that govern his protagonists’ lifeworlds. Their stories are a constant reminder that we are all merely human, and that nothing which is human can truly be alien to us. Each of us experiences both the joys and tribulations of fate, which is precisely what gives our lives their singular uniqueness.

The novellas’ common thread is not only the author’s reflections on normality and madness, life and death, but more than anything, friendship and love, which, unnoticed, imbue our lives with meaning.

Rose’s Home is a moving story about old age and dying in one of the world's wealthiest countries. The scenes recorded by Klimko-Dobrzaniecki are worthy of the paintbrush of Goya or Bosch, and Iceland as a condensed image of the West, as the embodiment of Europe's deathly old age – is transfixing. Krýsuvík is a simple and noble northern ballad about building a home, starting a family, and Fate which destroys human aspirations for happiness.

This Icelandic-Polish book has the feel of a friend’s handshake. It is seared with the brand of memory; a joyful epitaph to passing away, to letting go; a paean to dreaming, a successful attempt at capturing moments for eternity. And that is what gives Klimko-Dobrzaniecki’s Lullaby for a Hanged Man its unique character and a power that goes beyond the episodic, as well as its humor and lack of sentimentality. 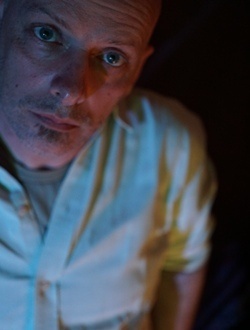