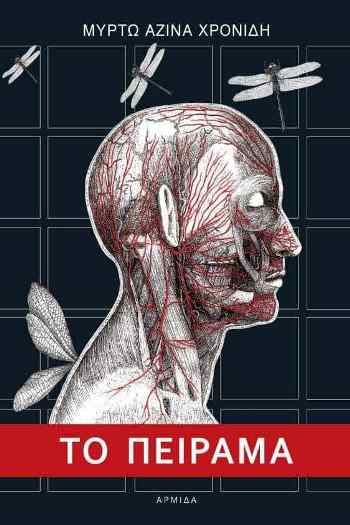 The Experiment is an artful prose narrative evading the boundaries of genre: it is an experiment in story-telling.

The Experiment (To Peirama) is an artful prose narrative, written in elaborate style, evading the boundaries of genre – an experiment in story-telling. It is a collection of short prose which could also be read as a novel since it consists of a set of lyrical tales, loosely connected by a frame story of a man and a woman jointly writing a literary work as a means of reaching the ideal »seventh stadium« of romantic love, in which they will attain an absolute unity of souls while temporarily renouncing the carnal aspect of love. This artistic and spiritual quest is, on the other hand, rooted in the relatable reality of a new house and the buying of furniture, of memories connected to things and of people and pets around them, all of which presents the danger of diverting the protagonists from their mission. The reality of their situation and the fact that the woman and the man remain nameless all through the narrative makes them a referable representation of Everyman and Everywoman.

Their book takes the form of a set of highly symbolistic and poetic short stories which all revolve around the recurring topics of sexuality and abstinence from it, of gender roles, of life and death, of finding your way to live and to die, erotic love being the vehicle of it all. It is also a story of migration of the soul from one form of existence into another as reflected by the stages of love or growing up. The identities of the characters of singular stories are not clearly defined, there could be more of them or they could be all the embodiments and variations of one single (or every) couple, as the »authors« seem to suggest: their work speaks “about a woman searching to improve herself” and a man “who only knows that he knows nothing”.

Besides the play with genre and the obvious reference to the One thousand and One Nights, the stories are intertwined with hidden hints at and direct literary quotes from oeuvres by literary classics, such as Albert Camus, Ezra Pound, Anton Tchekhow, Bertolt Brecht, or Sylvia Plath. Some other plots are built upon myth or folk-tales. In a very discreet manner, by referring to personal childhood memories, readers are presented with short flashes from the recent political history of Cyprus and the Turkish invasion of the island in 1974. Last but not least, The Experiment, which aims at greater understanding of endless questions posed by relation between reason and passion, or by human desire, can be seen as a modern interpretation of the ancient myth of Cupid and Psyche.

‘I’d like to be a bird,’ she said. ‘To fly above houses trying to reach the highest mountains. To play with ship ropes and sit on high castle tower. If I missed you, I’d come back into your arms as a woman.’ 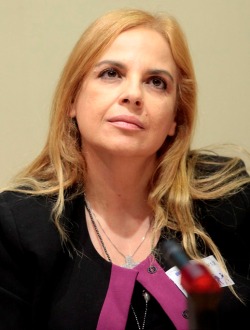 Greek Cypriot writer Myrto Azina Chronides, born in 1961 in Nicosia, Cyprus, has been writing since an early age, and has written many essays and poems, won literary prizes for poetry and prose whilst studying at the Pancyprian Gymnasium, and published her first book, Hemerologion (1977), at the age of sixteen. She studied medicine and specialized in general medicine at University Hospital Bonn in Euskirchen after graduating and has been working at the Department of Medical and Public Health Services in Cyprus since 2007. She has published three book, Pathology (1987), Rachel (1997) and The Experiment (2009), which won the European Union Prize for Literature in 2010, and her short stories have been featured in many literary magazines and two national anthologies. Her writing style is metaphoric, influenced by psychoanalysis, and rich in intertextual reference and allusion. The Experiment has been translated into many foreign languages, including Albanian, Bulgarian, Croatian, Czech, English, Lithuanian, Macedonian, German, Romanian, Serbian and Spanish.