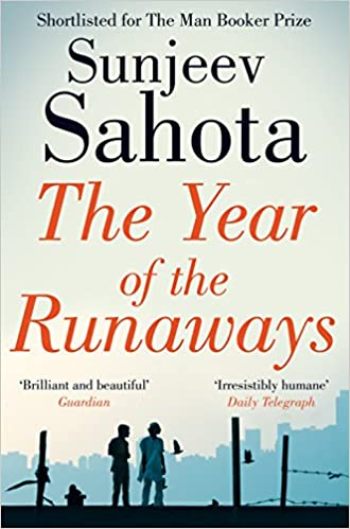 A novel by an English author that incisively documents the difficult position of Indian migrant workers in Great Britain.

In his saga The Year of the Runaways, Sunjeev Sahota tackles the timely issue of economically driven migration, while uncompromisingly revealing the inhuman face of global neoliberalism in the 21st century. The book is particularly invaluable due to its ability to shift the socio-political questions of migration and refuge into the immensely tangible frame of the everyday, moving the narrative away from theoretical and political discourses in order to temporarily place us – in the way that only the best literature can – into the shoes of those who all too often lack agency over their own lives.

The central characters of Sahota’s novel are three young Indian men who find themselves living under the same roof in the British city of Sheffield. Randeep, who comes from a well-situated family in the civil service, has ended up in Britain on a marriage visa. Avtar came to this rainy island with a student visa to earn money for his wedding and help his parents. Tochi, who comes from a caste of “untouchables”, has lost his entire family in an outburst of Hindu nationalist violence and holds no legal papers, wishing only to live a life worthy of a human being. The three are linked by their low-paid, physically exhausting work and their cohabitation in a crowded workers’ share-house, while their stories become further entwined with that of Narinder, a pious young woman from an influential family of second-generation Sikh immigrants, who is faced with a difficult choice between the role dictated to women by tradition and her desire for a more communal, autonomous life.

At the intersection of caste, faith, and social class, depicted through the highly particular situations that drive each character to leave their place of origin, Sahota constructs a multitude of images of contemporary India and the intimate voices that originate from it, speaking of vulnerability and of Sisyphean efforts toward a better tomorrow. The novel’s protagonists move between the expectations of their families at home and the micro-aggressions of their everyday lives in a new country, revealing the breadth of the violence and psychological fatigue that marks their experiences. And yet the author also succeeds in capturing minute moments of solidarity and love, which, at times, return to the protagonists a sense of their humanity.

Through these stories and others, Sahota moves some of the most urgent political questions of the day away from rhetorical posturing and contested statistics into the realm of humanity. The Year of the Runaways is a brilliant and beautiful novel.

Writing with unsentimental candor, Mr. Sahota has created a cast of characters whose lives are so richly imagined that this deeply affecting novel calls out for a sequel or follow-up that might recount the next installment of their lives. (An epilogue, set more than 10 years later, is way too cursory and hasty.) At the same time, he’s written a novel that captures the plight of many immigrants, who count themselves lucky enough to have made it to the land of their dreams, only to worry that those dreams may be slipping out of reach.

We know — from Victor Hugo, Charles Dickens and John Steinbeck — how such a monumental social novel should work. But the great marvel of this book is its absolute refusal to grasp at anything larger than the hopes and humiliations of these few marginal people. With that tight focus, the story’s critique of inequality, racism and economic slavery remains entirely implicit, but no less devastating. Instead of speed, it offers precision, gathering small morsels of spoiled hope until the story’s momentum feels absolutely overwhelming. 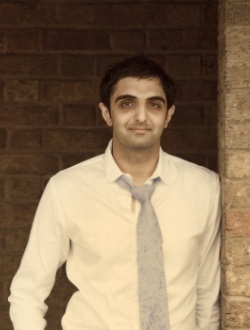 Sunjeev Sahota, born 1981, is the British author of Sikh origin whose debut novel Ours Are the Streets (2011), written at evenings and weekends due to paid employment obligation, tells the story of a British-Pakistani youth’s path to becoming a suicide bomber. Granta named him one of its best young British writers in 2013. His novel The Year of the Runaways (2015) won the European Union Prize for Literature and was shortlisted for the prestige Man Booker Prize in 2017.