The book contains eleven short stories, marked by absurd premises, eccentric characters, and refined humour. According to its author, the title White Animals Are Very Often Deaf is a metaphor for internal albinism – an internal deafness and blindness that robs people of their equilibrium, driving them to embrace relationships and circumstances that hurt them and lead them into ruin. The book’s protagonists are dreamers with a skewed perception of reality and of themselves, caught within illusions or deeply rooted concepts that alienate them from their own lives. Because they fear giving in to their desires, spreading their wings, they persist within cocoons; they would rather remain a bonsai than grow into a verdant tree.

Each text is prefaced by a motto, a citation drawn from the canon of world literature (Musil, Gombrowicz, Dostojevski, Proust, Céline, Bernhardt, etc.), which serves the author as inspiration for the situations she creates. Myšková constructs these with the utmost deftness, while the connection with any given motto is revealed only subsequently and always comes as a surprise. This is prose with artistic origins: our awareness that we are dealing with a skilfully constructed text, which Myšková arrives at by her own wilful route, is part of her playful, creative process. Each unfolding situation is narrated by a powerful, almost obsessive imagination, sketching unexpected details with hair-splitting precision and depicting actions and thoughts with such immense linguistic craft that the reader cannot help but catch whiffs of reality.

Upon opening the book, we step into a panopticon – a cabinet of curiosities from the age of consumer individualism, in which humanity is plagued by spiritual poverty and its alienation from all other living beings. We are witness to tragicomic, absurd, grotesque, and fantastical stories of ordinary people spinning in charmed circles, unable to break free from self-denial, fear of themselves, perhaps most of all, fear of not loving themselves.

But perhaps we are not gazing at circus freaks after all. Perhaps we have, for the entire time, been standing in a room of mirrors that show us skewed images. Perhaps these deformed images are our own reflections. Will we be able to see the beauty beneath the disfigurement, and accept ourselves as we are?

Although most of the texts are introspective, the author works skilfully and often quite uncompromisingly with the characters and the situations into which she gets them. […] the reader is reminded of the storytelling masters of the 1960s, namely Julio Cortázar, and the current short-story star, Alice Munro.

The author’s style is polished; not a single word seems unnecessary or uncertain. Clearly outlined themes emerge from the plots without the prose ever becoming simplistic. She is able to connect the unique with the universal.

She found this so fantastic that it could not be reality, but at the same time it had to be reality. 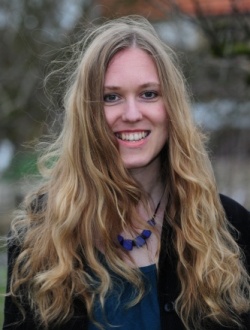 Ivana Myšková, born 1981, ranked among the stars of the new generation of Czech prose writers,  graduated in creative writing and media communication from the Literary Academy in Prague. She has worked as a cultural editor on the radio and is now self-employed in field of culture. She debuted her first radio play Afternoon with a Lilliputian in 2007, published her novella The Inflaming in 2012 and has been nominated for the Czech Book Prize and Josef Škvorecký Prize. She published a collection of short stories entitled White Animals Are Very Often Deaf in 2017, in which she explores disgust and squeamishness with scientific meticulousness and sarcasm.